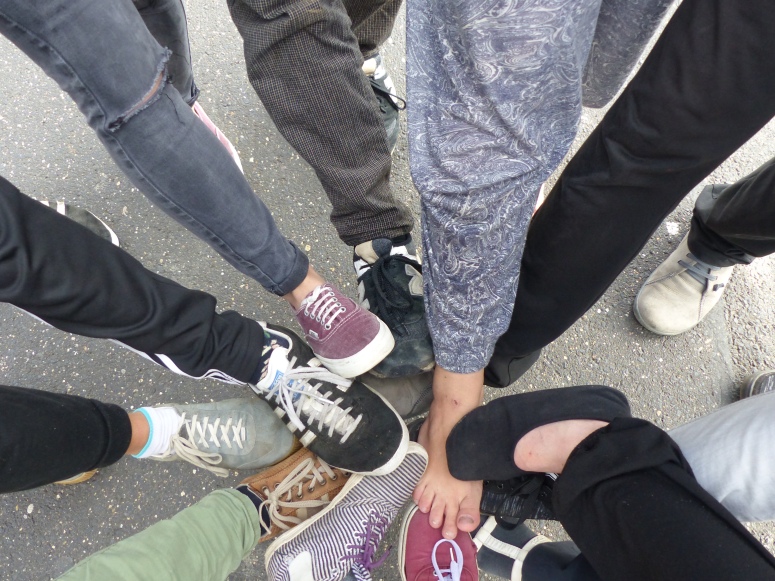 These two chapters will be somehow short.

Coming to the end is an important part of the project. The process went very well. The group had
nothing else to do than being what they are. And to get ready for the coming show for an audience:
having fun, sleeping, sometimes working focused. But maybe the most important part for everybody
was to feel the group by feeling him or herself!!!!!!!!!!!!!!!!!!!!!!!!!!!!!!!!!!!!!!!!
And in our opinion they did very well!
Thursday was a warm-up day with a somehow beautiful ‘crap show’ as the final rehearsal.
It was exactly how it was meant to be. They saved power and energy. Well done, dear group!
On Friday morning we did some cozy bodywork. The afternoon was free of group activity. Meanwhile
the whole studio was rearranged and transformed to a small theater. In the evening we met all together
60 minutes before the show and prepared what needed to be prepared.
The show was thrilling to watch. There were plenty of playful moments. Also a great degree of daring,
trust, spontaneity, as well as a wonderful ensemble quality were to see. Most touching for us was to
witness during the show the development of individual performers. This was a real success after the
process we all went through.
We have no pictures yet from this performance. I will add some at a later point.
After the show a big party started. A performer from the previous year came with his band:

They did a crazy show and music which invited everybody to dance. So we did.

It was a great evening for everybody!!! And a long one…

And the PRESS wrote: 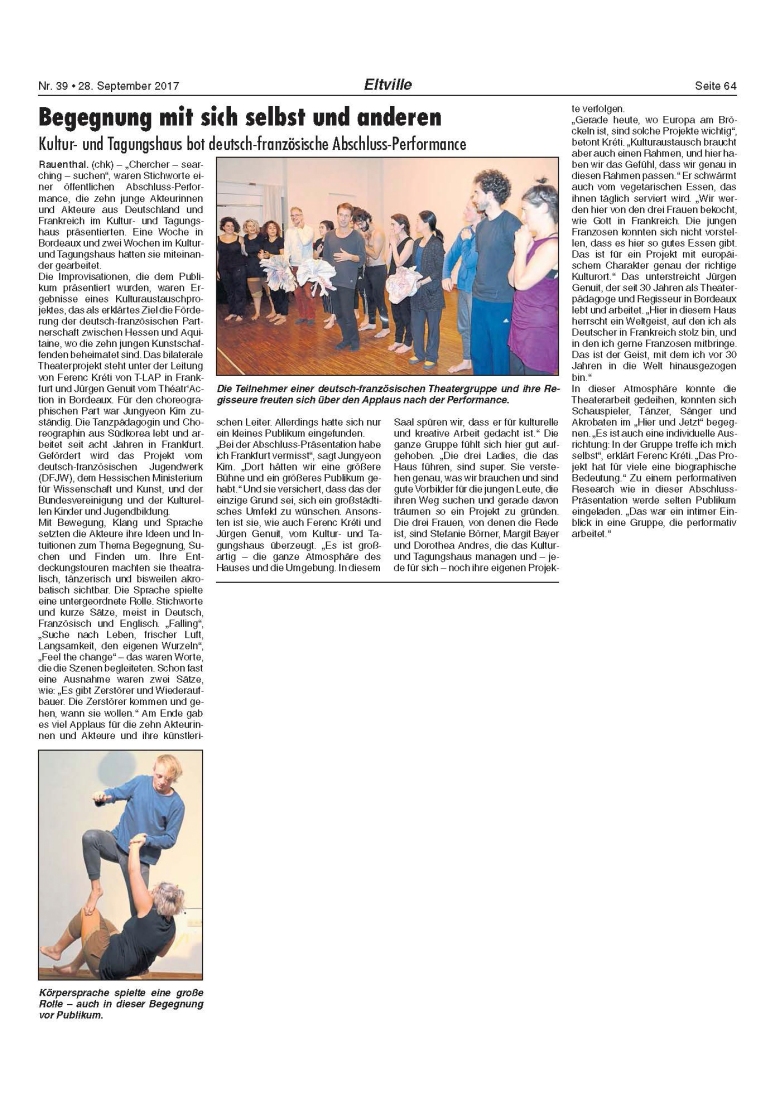 The great FOOL, like EINSTEIN, wonders about the obvious and stands in awe to the ordinary, which makes him capable of revolutionary discoveries about space and time. The great FOOL lives outside the blinding circle of routine, remaining open to the surprise of each moment. We („or maybe only me – F.K.“) are the foolish ones, complacent in our understanding. We take take for granted the miraculous dance of creation, but the great FOOL continuously sees it as if for the first time. The revelations of the great FOOL often show us where we are going, or-more often – where we are. WES „SCOOP“ NISKER